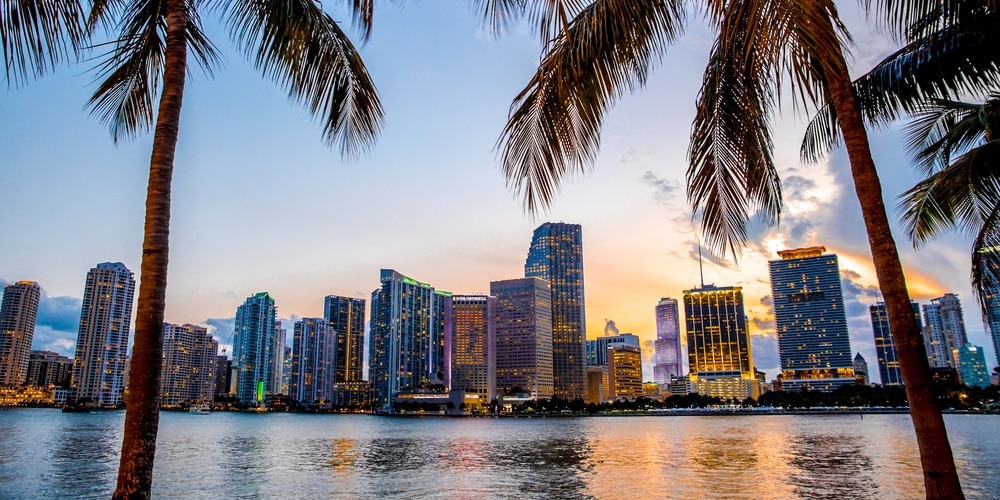 Miami is a large and vibrant city located on the south-eastern coast of Florida, USA. Within the United States, Miami has the country´s 3rd tallest skyline with over 250 high rise buildings. In regards to city skyline height, Miami only ranks behind New York and Chicago.

More than 80 Miami high rise buildings have a height of at least 400ft. The tallest building in Miami is Panorama tower in the Brickell district, which is 868ft tall. Miami´s skyline is a tourist attraction in itself, displaying a unique beauty that many visitors to Miami come to see.

The history of Miami skyscrapers first began when the six-storey building ‘Burdine’s Departmental Store’ was constructed. In 1925 the freedom tower was built and became the focus of the Miami skyline.

From the 1990s to the late 2000s, Miami went through a building boom, still considered the biggest in history. The period was given the name ‘Manhattanization wave’, during which more than 60 new structures were proposed and approved. All buildings were planned to reach a minimum height of 492ft and make a real contribution to the city´s skyline.

The building boom ended around 2008 due to a crash in the real estate market. Soon after, the late 2000s recession hit. By 2011 the market slowly returned with new buildings in Miami such as Brickell House, whose construction was announced in 2012. This brought on a second building boom that lasted until January 2019. 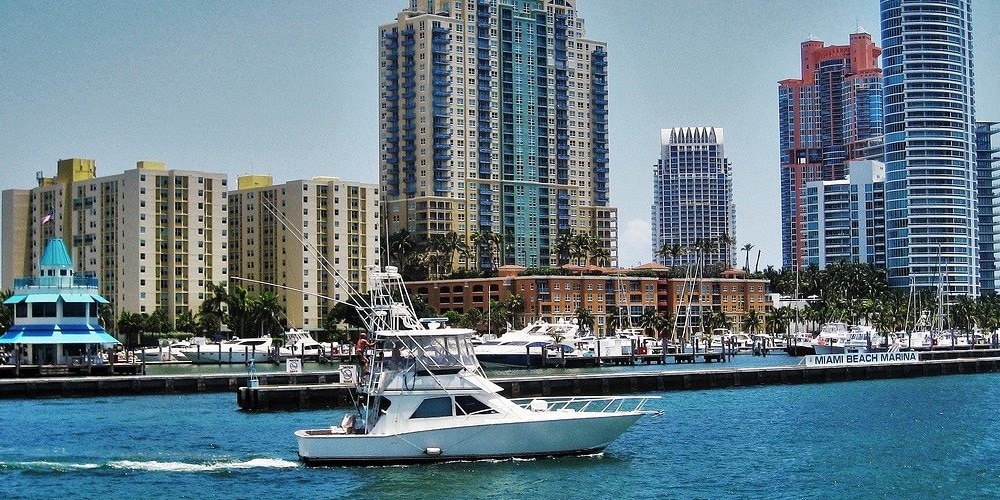 Perhaps the best way to truly enjoy the Miami city skyline is from Biscayne Bay. The bay area provides incredible views of downtown Miami. The easiest way to appreciate the city from this viewpoint is to rent a yacht with friends and family.

We at Charter Solution Yachts have a wide range of private yachts to choose from. Our friendly staff will help you select a luxury yacht for the occasion. Simply fill in our Yacht Charter Quote form below and we will provide you with a free quote!

Buildings of the Miami Skyline

Let´s take a look at some of Miami’s tallest buildings, structures which have a height of at least 400ft.

This was the tallest building in Miami and Florida from 2003 to 2017. The tip of the antenna spire reaches 800ft high.

This is the tallest building in Miami that only has offices. This building won the building of the year award from TOBY in 1990, 1996, and 1997. It was also chosen by wall street journal as one of the best buildings in the US.

One of the few Miami apartment buildings to reach such heights! Brickell Flatiron has 64 stories and is 736 feet high. This building is a residential tower with 527 apartments. It is located on South Miami Avenue and Brickell Plaza.

This building has an 83 unit residential apartment tower designed by a world-renowned architect Zaha Hadid. Construction began in December 2014 and was completed in February 2018. The design of this building is exceptional. 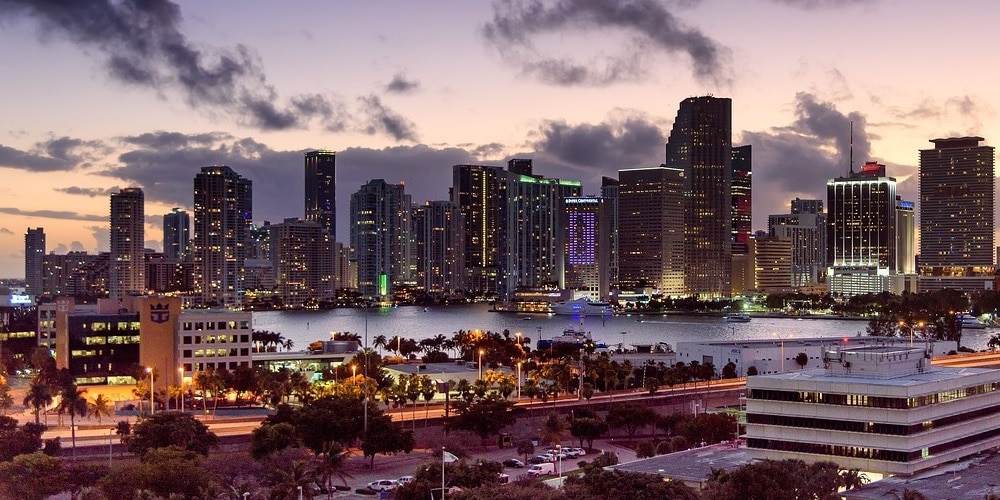 The Miami skyline needs to be seen to be appreciated. We recommend you plan a 4 hour yacht charter, take your camera and see Miami from its beautiful waterways.

A great addition to seeing the Miami skyline from the bay area, is a millionaire row Miami boat tour. This will give you the chance to see Miami from a distance and see where the millionaires live.

A Miami sunset cruise is also another great option. You will really get to appreciate the Miami skyline at night. Whatever option you choose, you will not be disappointed. Get some friends together, plan a private yacht rental, and enjoy the beautiful Miami skyline.

Not sure what to wear aboard a luxury yacht? This article is for you!