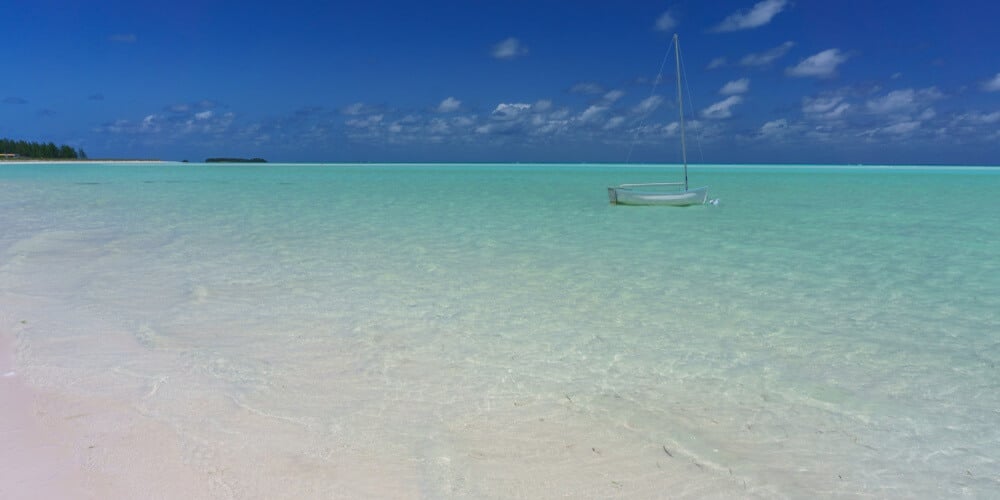 Spanish Wells is a small town on St. George’s Cay, located off the northern tip of Eleuthera Island. Due to its small population size (only about 1,500 people) and geographical size (two miles long and a half-mile wide), this island has a friendly and tight-knit community. You can see the community pride through the well-maintained land and beautifully kept, pastel-painted homes. It’s also common for residents to use golf carts to get around the island instead of regular cars.

The Spanish Wells Bahamas island is overlooked by tourists making it a hidden gem within the Bahamas. Spanish Well’s claim to fame is its clear waters, pink beaches, and proximity to the Devil’s Backbone barrier reef. This amazing reef is a beautiful place for snorkeling.

Where is Spanish Wells Eleuthera? 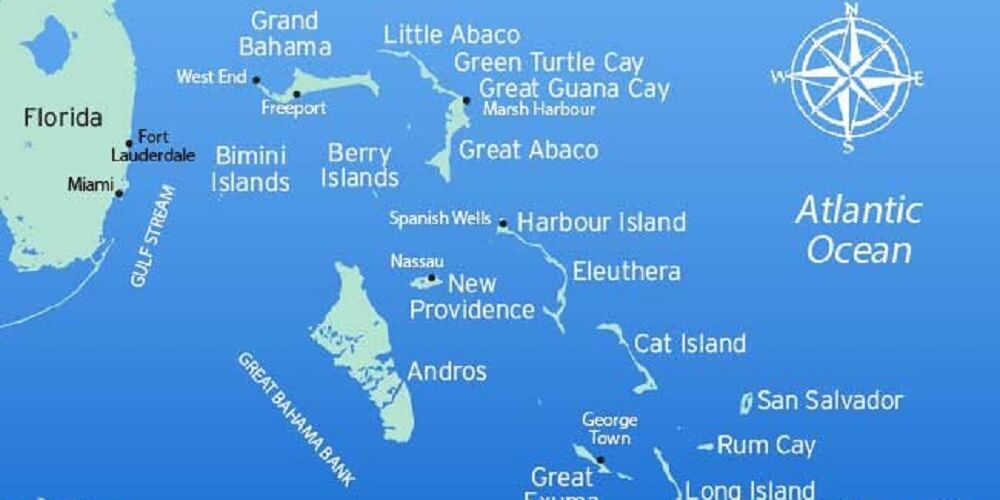 How do you get to Spanish Wells Bahamas?

To get to Spanish Wells, you can take a 10-minute government ferry from Jeans Bay. Jeans Bay is located at the northwestern tip of Eleuthera. Spanish Wells is also connected to Russell Island Bahamas by a bridge.

For visitors who arrive in Nassau, there is a fast ferry from Nassau to Spanish Wells, called Bo Hengy. If you want to enjoy a luxury yacht cruise from Miami to The Bahamas, our yachts arrive in Nassau, Bimini, and Exumas. Learn more here

A small town on St. George’s Cay, Spanish Wells received its name from the historical function of the island. Spanish Wells Bahamas was once used as the last stop for Spanish ships returning to Europe. Spaniards refilled their water supply from wells that were built specifically for that reason.

The first European settlers (part of the Eleutheran Adventurers group) suffered a shipwreck on the Devil’s Backbone reef in 1647. The settlers then used a cave, now known as Preacher’s Cave, as shelter. They ultimately ended up in St. George’s Cay, where they found Spanish Wells.

Among later settlers in the area were Crown loyalists who left the United States following the American Revolutionary War. The primary source of income for Spanish Wells to date is the lobster industry. However, tourism and construction are also key pillars of the island’s economy.

The summers are hot but mostly cloudy, while the winters are more comfortable with clear skies. However, the winter does see more wind and humidity. The coolest season is from December to March, with the coldest days typically falling in January. June to October is the hottest season, with the hottest days falling in August. The ideal time to visit Spanish Wells for optimal outdoor activities is from mid-March to late May and late October to mid-December. 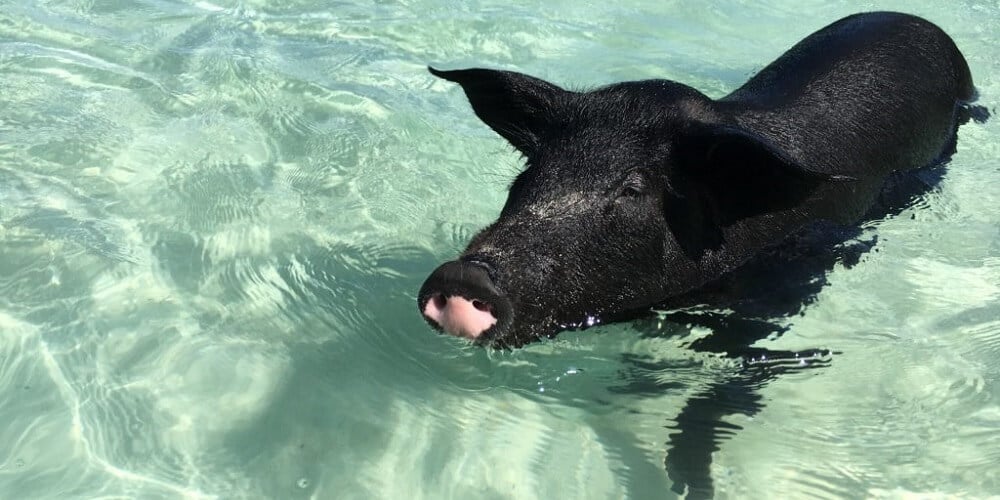 Harbour Safaris offers a 7-hour tour from Nassau. The tour includes swimming with the Spanish Well’s pigs, a beautiful lunch, and a relaxing stop at a secluded beach. This tour is for people aged 8+ and cost under $300 per person for a full action-packed day in the beautiful Bahamas. Tripadvisor awarded the tour a certificate of excellence two years in a row, so don’t miss out!

Hidden Gem in the Bahamas

Spanish Wells Bahamas is the perfect Caribbean getaway destination. You can enjoy pristine, well-kept, peaceful beaches and take time to soak up the warm Bahamian sun. A visit to this tight-knit, friendly community will do you wonders! Don’t forget to enjoy the variety of activities like swimming with the pigs and snorkeling around the Devil’s Backbone.

Charter a Yacht to Spanish Wells

If you would like to treat your family to a Bahamas Spanish Wells vacation of a lifetime, we can help! Charter Solution has a huge fleet of private luxury yachts for you to choose from. Our yachts depart from Miami and will take you and your family to the Bahamas Islands. Please take a minute to fill in the yacht charter form below and we will provide you with a Free yacht rental quote.

To discover another of The Bahamas hidden gems, see our post Cabbage Beach Must-See Destination in the Bahamas